Organized by the civic association Art Without Barriers, the City of Prague, the Confederation of Political Prisoners, Institute for the Study of Totalitarian Regimes, Ministry of Culture.

Under the patronage of: 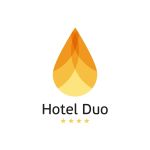